While all of our teas are derived from the same botanical source ( Camellia Sinensis ), it's what happens to the tender two leaves and a bud after plucking that creates our product range.

Freshly plucked leaves are "withered" indoors in open air shelves without physical breaking of the leaf structure. After withering they are rolled to expose the enzymes in the leaf to the atmosphere, allowing them to ferment. At a critical point, the fermenting tea leaves are "fired" at high heat to stop the fermentation process. The resultant black tea is sifted or sorted ("Orange Pekoe" is simply a size classification in the sorting not a flavor), then packed into tea chests or bulk bags. 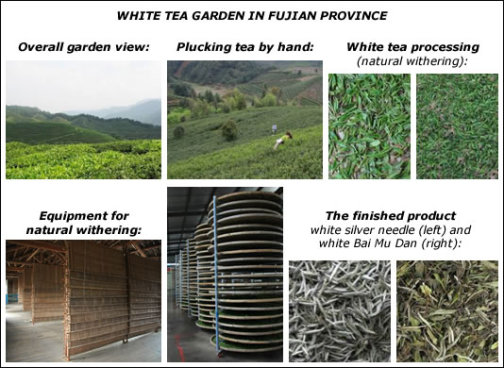 With green tea the plucked leaves are not fermented, but are subjected to steaming and parching to halt the fermentation of enzymes. Leaves are then rolled and dried prior to a final firing to halt any fermentation.

Oolong tea is in between black and green teas. Fresh tea shoots are withered outdoors for 30 to 60 minutes then withered indoors with gentle hand rolling for 6-8 hours.

Parching stops the fermentation and the leaves proceed to rolling and drying. After a final firing oolong tea is sorted and packaged into chests or bulk bags.

White teas are named for the beautiful white down covering. The leaf is known for the subtlety of their fragrance, taste and colour. White Teas originally came only from China. There is very little else that can be said about white tea that is not subject to controversy and contradiction. Even within China, there are differing opinions about what white tea is, where it can come from and how it is made. In 1772 and 1782 tea producers in the northern Fujian province of China harvested tea in early spring and carefully sun-dried the leaves for several days before being briefly roasting to remove moisture for safe storage. This process was the origin of the White tea process we know today.

Around 1922, a new type of white tea was developed. Now in addition to the buds, two leaves were plucked and processed in the same manner. This was the birth of White Peony (Bai Mu Dan).  According to some, inlcuding many tea masters in China, authentic white tea must be made only from the very first spring buds and leaves of tea from Fujian provinces. In other words white tea is a specific varietal, grown in a specific location and processed in a specifc way. There are many perspectives that challenge this definition. In the US and other western markets, white tea avoids oxidation during the gentle withering process. White Peony tea includes the leaves as well as some buds of the tea bush.

Yerba Mate comes from the plant Ilex Paraguariensis and is the beverage of choice in Argentina, Paraguay, Uruguay and the southern states of Brazil. It is becoming more mainstream and popular in Europe and North America, due to its taste profile and its health properties. It contains theobromine (also found in chocolate), theophylline (also found in green tea), more polyphenols than green tea, and loads of vitamins, minerals and amino acids! It makes a perfect alternative to coffee, since the two contain similar amounts of caffeine. With all of these "good for you" properties, it is not surprising that interest in mate is on the rise; consider the popularity of energy drinks, vitamin waters and the ever-growing market of value-added ready to drink beverages.

The major producers of mate for export are located in the southern states of Brazil, and in Argentina. It is produced in Paraguay, but not a great deal is currently exported from there. Drinking mate in South America is a very social event. The beverage is passed around in a gourd (the "Chimarrao").

Mate is processed in a similar way to tea. There is a "crush" phase and a leaf harvesting phase, during which time leaves are put thru a metal cylinder with temperatures reaching 400°C—leaves are scorched, not burned, a process that takes place just after leaf harvesting. Product then goes thru a dryer, leaves and stems pass thru sieves and are separated from each other and sorted by particle size. The final stage is the crushing of the leaf into a powder. Like tea, "blends" are created, sourced from various regions and different harvest times. Some mate is "toasted" prior to being packed. This alters the taste profile. In Brazil, there are two types—green or "natural" mate, and the yellow "toasted" mate. 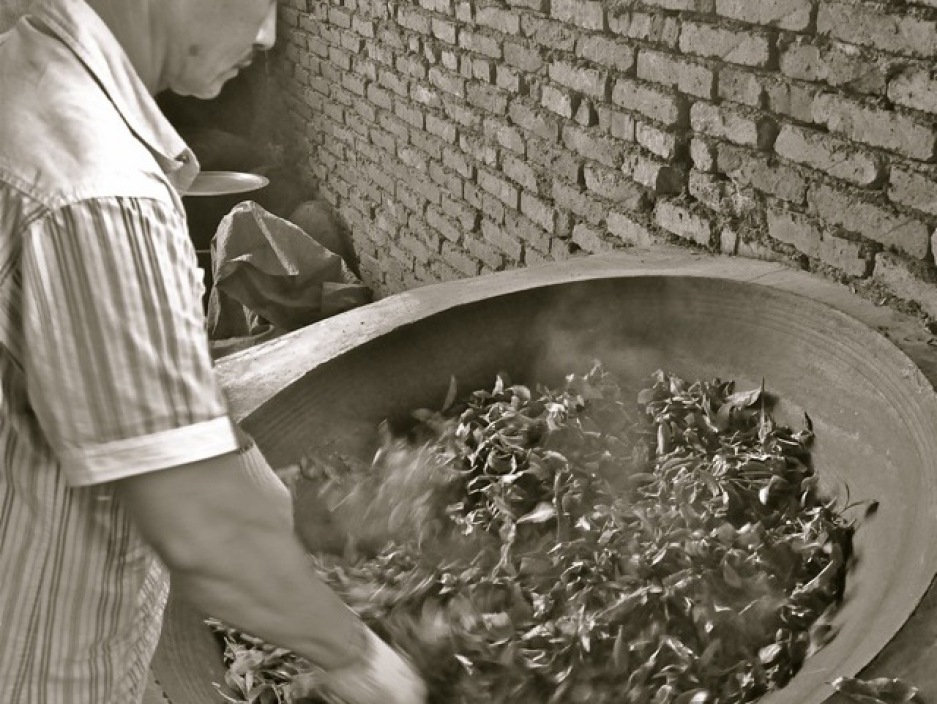 We have a new shipment of green Yerba Mate in stock—call today for a sample. Designed for superior RTD applications.